One of the many unusual things about Ecocamp is that it’s located inside of Torres Del Paine National Park. How they got away with that I don’t know. Riding in the bus inside the park, we passed a parking lot, the farthest point that cars are allowed to go. From there, people have to hike in with their gear to set up camp, and our bus would pass them as we made our way up the road to our domes.

The day started with an early breakfast in the dining hall. They would sit us with people who were going on the same trip as us. After breakfast, we’d pile into the buses and begin our adventure.

On Thursday, the weather was cold, windy and rainy, and we began the journey with some trepidation. Was our gear truly waterproof? Was this going to be miserably uncomfortable? We began a hike through a meadow around Laguna Azul with a light rain falling, but it really didn’t matter. Our gear performed well — we stayed dry and warm on the inside, and we barely noticed when the rain stopped. Mountains, lakes, meadows, beaches, in every direction, as far as the eye could see.

The guides were awesome; knowledgeable, funny, and focused on making sure we had the best experience possible. Best of all, they seemed to know the park inside and out. At seemingly random times, we would pull over to the side of the road. We’d grab our packs and exit the bus, and they would walk us down a trail that seemed to suddenly appear. There was always a payoff at the end — a waterfall, an incredible 360º view, a great place to sit and take it all in. 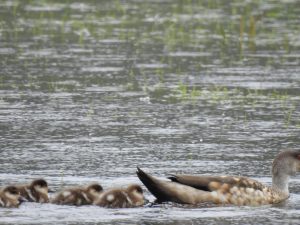 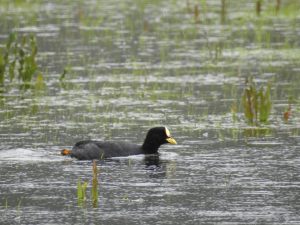 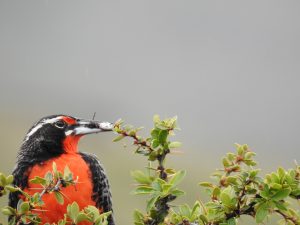 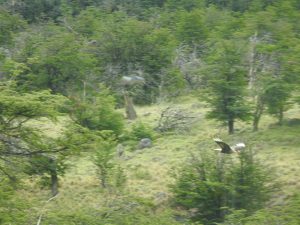 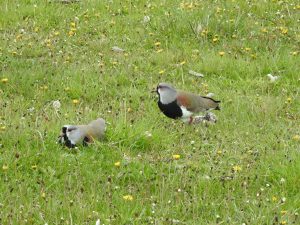 We saw a lot of birds and even more guanacos, the South American version of camels. No humps. Unlike llamas and similar animals, guanacos are not domesticated. They can run up to 40mph, slightly faster than their main predator, the puma. If a puma doesn’t grab a guanaco in the first 10 seconds of the chase, the guanaco will outrun the puma. We would often see guanacos in groups, or alone at the top of the ridge, scouting the landscape for food and places of safety. They seemed pretty happy.

Our destination was a barbeque lunch, and the end of our hike took us to a small lodge that EcoCamp uses for that purpose. The staff had a huge wood grill going, and we sat at picnic tables, drinking wine and getting to know our fellow touristes. We could see the staff putting slabs of steak, chicken, and sausages on the grill. When lunch was ready, we were pretty hungry, and plates appeared with rice, potatoes, and the aforementioned meats. Mouthwatering. So far, this was the best meal I’ve had on the trip.

Once we returned to camp, we had a little downtime before our 7PM meeting in the bar.  When we walked in, they would hand us the “drink of the day,” which tended to be some kind of fruit sour.  Always delicious.  We would then sit down and nosh on hors d’oeuvres while they would present the next day’s excursions. 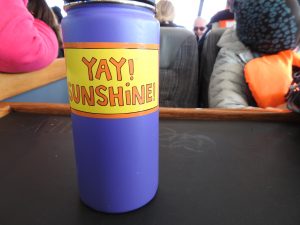 Like the day before, we made plenty of amazing stops. We weren’t on much of a timetable, so we were able to just take each place in. At one place, an awesome vista, Marcy and I just laid back on a rock and took in the sunshine. It’s hard to describe how good it felt. Without wind, it was warm and felt pretty good. But whenever you felt too warm, a gust of cold wind would pick up and cool us off. It was like being in summer and winter simultaneously. 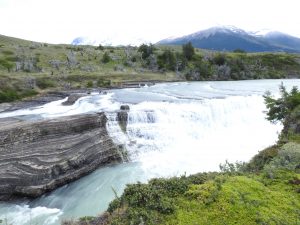 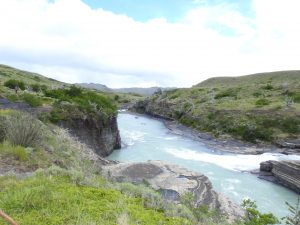 Patagonia feels like it goes on forever. I know I’m repeating this, but you can look in any direction and see pure beauty. 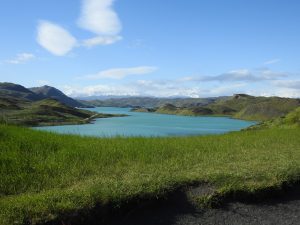 I had to remind myself a few times to put down the camera and just be, to take a mental picture instead. I didn’t want my mental picture to be one of me taking actual pictures. At times, I became numb to the beauty. And then we’d leave a meadow and enter a forest or a beach, and I’d be in awe again. 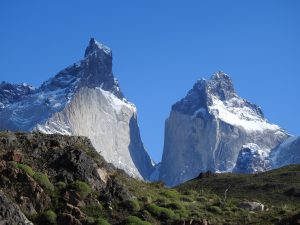 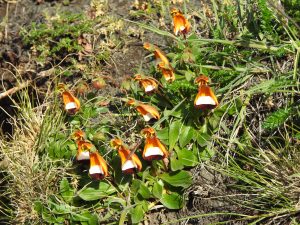 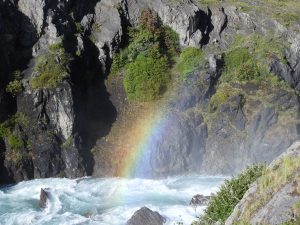 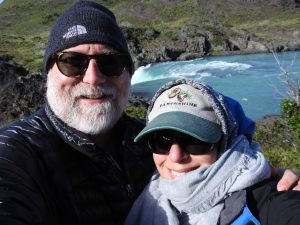 They’ve done a good job preserving the wilderness in its pristine state, but despite it being nature untouched, we always felt safe. There were no copperhead snakes, no brown recluse spiders, no who-knows-what rustling in the brush. 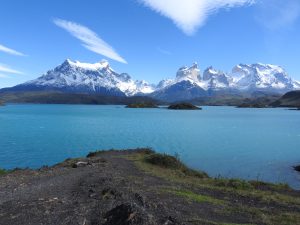 The pictures do not do justice to what it actually looked like from the center of it all.  All senses were touched, and I hope the memories stay true in my brain for many years to come. 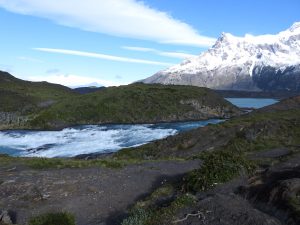 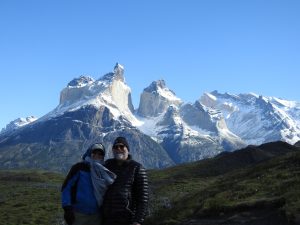 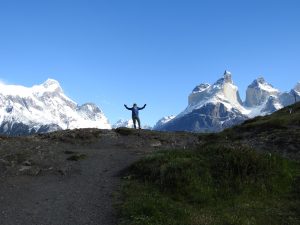 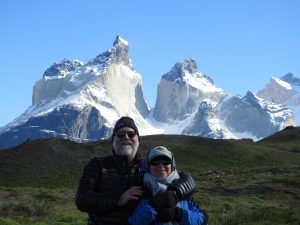 Walking through the wilderness, we felt like a minuscule tiny dot in the middle of Torres Del Paine. When the wind would pick up, the grasses would flow like a river and make the most glorious music, and this happens all the time whether we’re there to appreciate it or not. The hares, condors, ducks, and guanacos paid almost no attention to us.  We were just briefly passing through their house.

The last hike of the day was through a forest onto a beach, where we waited for our ride, a catamaran that would take us to see the glacier on Gray Lake. 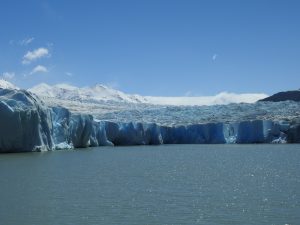 When we got back to Ecocamp, we had a little down time before dinner.  Dinner was good but we were exhausted and also a little depressed to be leaving EcoCamp early the next morning.  We said our goodbyes to the friends we’d made and (sadly) made our preparations to leave.

We will definitely miss this very special place!