Yesterday we took a boat trip on the Beagle channel.  It did not bode well when the captain welcomed us to our “three hour cruise.”

The first stop we made was an island filled with birds. 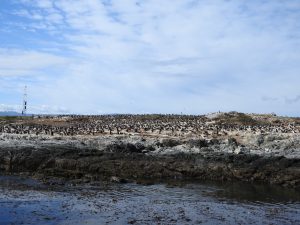 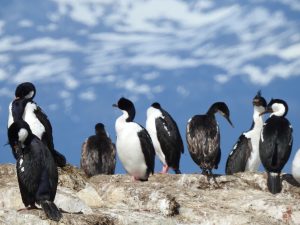 The next stop was another island, home to a colony of sea lions.  I’d never seen a sea lion before. Everything about them was mesmerizing.   A brief video I took will describe how they sounded better than I ever could: 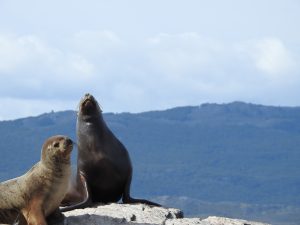 They looked like pros at taking naps on top of each other and just hanging out. 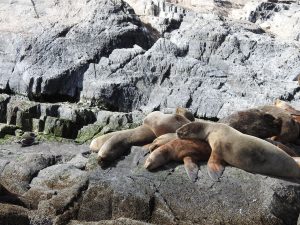 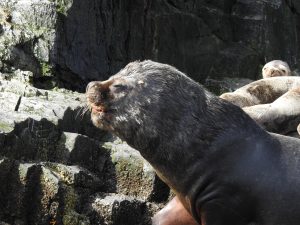 There were pups and adults and everything in between. 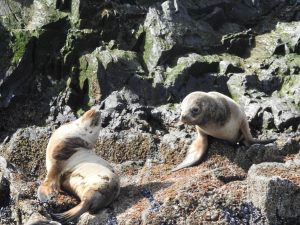 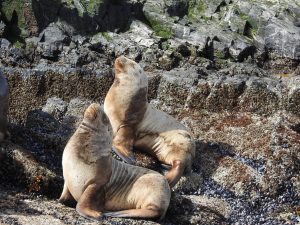 The pups were the most fun to watch. 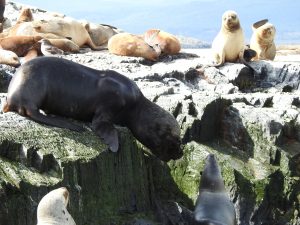 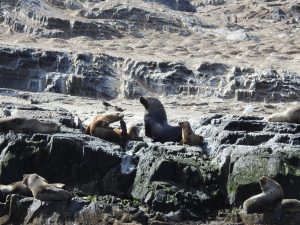 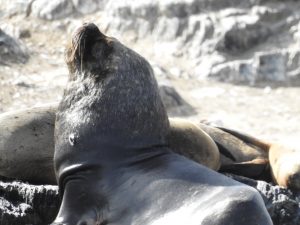 After a few minutes, I had to put the camera down and just take it all in.  They didn’t seem to take much notice of us.  They struggled to climb from one rock to another; it seemed like their bodies weren’t engineered for both water life and life on the rocks.  Honestly, I could have stayed for hours just watching them.

But that was not to be. They took us to one more island where we had a perfect 360º view of the Beagle channel. 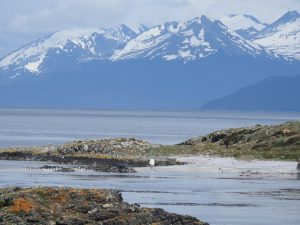 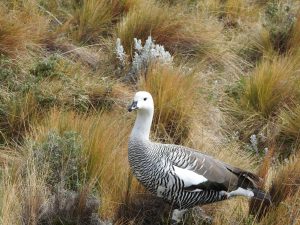 We circled another small island with a lighthouse and headed back to Ushuaia. 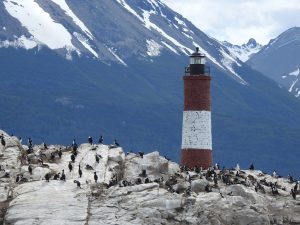 Back in Ushuaia, we headed to the airport and took a one hour flight to El Calafate.  We checked into our hotel and took a cab into town.

The hotel informed us that we would be leaving for the bus station at the same time that breakfast was open, and they offered to open early for us, but we decided to shop for food supplies in town instead.

We found a supermarket, and it was a pretty interesting experience.  I was looking for some peanut butter to have on the trip, and it was nowhere to be found.  It dawned on me to look in the ethnic section.  (I know that usage of the word is now politically incorrect, but I’m referring to us so maybe it’s okay?) No such section.  It seemed like half the store consisted of:  ham; cheese; ham and cheese products; dulce le leche; dulce le leche-flavored products.  I did find a bag of Doritos in another shop, so I consider the shopping trip a big win.

After the grocery, we found an excellent Italian restaurant and had a great meal.  Tomorrow is a travel day; we take a long bus ride to Ecocamp in Torres Del Paine in Chile.

I don’t think that they have internet there, so it may be a few days before my next dispatch.